Unique puppy combinations are everywhere. It may have begun with the labradoodle or the "pomchy" or whatever other combination of registered breeds blended together to create the "perfect" dog. It is obvious that people love their dogs, they love something new and interesting and they enjoy the idea of potentially solving problems like shedding by creating the right breed mix. Of course, another issue people attempt to control through breeding is size. Not everyone wants to own a big dog but many like the behavior and intelligence of certain large breeds. This leads to attempts to shrink down the average pup in a litter. This is fine if it is done by choosing naturally smaller males and females to breed. It is not okay, as is often the case with labradors when a genetically damaged animal is used to produce miniature labs.

Miniature Labradors are not a genuine speciality breed.

There are no toy versions of the Labrador. Many other breeds may have their smaller cousins but this is not the case with labs. Breeders advertising these animals are offering a pet with a genetic mutation if they claim they are selling a purebred litter of miniature labs. The condition is known as dwarfism. There are two type of mutations that can lead to dwarfism but the most common is Skeletal Dysplasia 2 (SD2).

Dwarfism is a serious concern.

Dogs with SD2 typically have smaller front limbs that make them around 2-3 inches shorter than a traditional labrador. They may have a more noticeable bend to their legs than others in their breed and lack the ability to perform physical tasks with the same speed and agility. Not all dogs carrying the mutation show any physical signs of the condition but can easily pass it on to future generations if allowed to breed. This requires reputable breeders to spend even more time and money testing animals to ensure they are healthy and puts buyers at risk of getting a dog with a body type they were not expecting.

There are some potential health problems with dogs with SD2.

SD2 is not as severe a condition as another form of dwarfism sometimes found in labs. Dogs with SD1 face an extremely high risk of arthritis and other painful bone and joint disorders as well as  blindness, breathing problems and other concerns. SD2 can cause spinal discomfort and arthritis later in life if the size disparity between the front and rear limbs are too great.

How to be a part of the solution.

Insist that breeders have their puppies genetically tested prior to making a purchase. The testing will determine if the pet is clear, a carrier or affected. The decision whether or not to purchase an affected pet is a personal one. Any puppy found to be carrying the dwarfism gene should be spayed or neutered to prevent passing on the gene to future generations. Continuing to breed animals with the mutation may not seem harmful because it does not present the same list of health concerns as other forms of dwarfism, but it could put the breed standard at risk if more dogs are bred carrying the mutation. 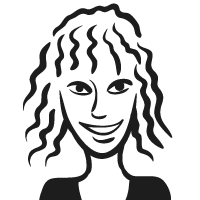 Hi there, my name is Trinity Helenson. Welcome to my website. I am here to talk to you about keeping and caring for aquatic pets. When I was a young kid, my parents were amazed that I gravitated toward aquatic animals over puppies and kittens. Aquatic animals are just so fascinating to watch and raise. They are incredibly smart and bond to people fairly well. On this site, you will learn about the different types of aquatic pets available and their care needs. Please feel free to visit my site daily to learn about your favorite pets. Thank you for coming by.